Meditations and polemics on the various issues of our time shouted into the deaf ear of the World Wide Web.

Crashing and Burning in Montreux. 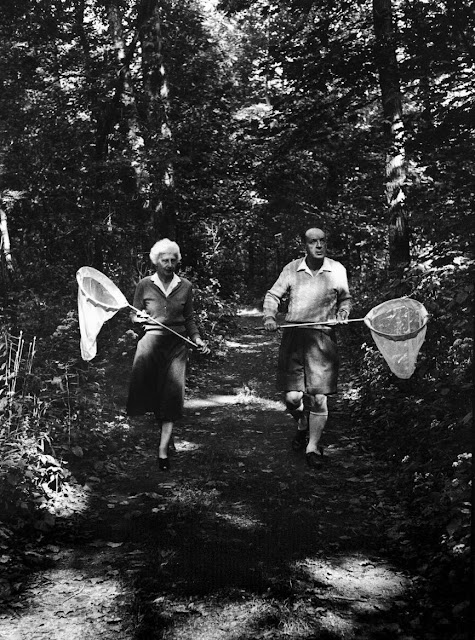 The controversial book Lolita was written by Vladimir Nabokov and published in 1955, known for the innovative and lyrical style in which the narrative unfolds page-by-page, the infamy that has enveloped the novel is down to its content which focuses on the most sordid sexual deviancy - paedophilia. It is a dark tale of a middle-aged man and his obsession with a 12 year-old girl, the nature of this "love affair" is disposed towards rape and physical abuse. Nabokov insisted that his book did not convey any message, and it was not a work of "big ideas", stressing that he didn't want to "touch hearts" or "effect minds". I can't help but suspect that this element of Nabokov's work is partly due to his outlook and political views. Nabokov was a strident individualist and considered himself an old-fashioned liberal, which is likely given that his father was a prominent liberal politician, although Nabokov was also a close friend of William F Buckley and a fan of Richard Nixon.


It's important that we consider Nabokov's life. Vladimir Nabokov was born into one of the most powerful families in St Petersberg and inherited great wealth at a young age, he lived in a large house of 50 servants. Though this life of luxury as a Russian aristocrat was cut short by the Bolshevik Revolution, foring Nabokov to go into exile just as he was reaching maturity. This separated him from his first love Tamara, Lolita could have been Nabokov's way of mocking the way he still reminisced on his relationship with Tamara even in old age. Particularly as he aged she would have no doubt remained the same age in his mind as he had known her. Nabokov's father was shot dead by a fascist in Berlin, his gay brother was murdered in a concentration camp. These events not only displaced Nabokov and changed his life forever, but it may be the reason for his individualism. From the trampled ground of Bolshevism and fascism Nabokov emerged, like Ayn Rand although less extreme, in opposition to "big ideas" and "utopian goals" like communism.
Nabokov's claim to not propagate any message or "big idea" in his work is typical of an "old-fashioned liberal", who would argue that the state should be minimal to protect individual freedom. In the past, and even today, the libertarian right-wing has argued that the Civil Rights act should be repealed on the grounds that it infringes on the freedom of business owners - the freedom to discriminate. Defenders of such a position often claim to be "neutral" and adhere to a minimalist view of the state as "non-interventionist" for the sake of freedom of choice. But in not taking sides and not interfevening in such a way you are taking sides and are interferring. As such "neutrality" is permissive of the racist practices prevalent at the time. In not taking sides in Lolita, neither explicitly condemning nor embracing paedophilia, Nabokov may have taken the side of Humbert Humbert.
Apart from his life as a novelist Nabokov loved football and was an avid chess-player, he was also an entomologist. As an entomologist Nabokov collected over 4,000 butterflies and even discovered a species, which was named in his honour "Nabokovia". The life of a butterfly is particularly interesting in regards to Nabokov's writing. A butterfly begins life as a caterpillar, before entering an immobile stage known as the "nymph stage" before emerging as a butterfly weeks later. During the "nymph stage" the insect is neither caterpillar nor butterfly, in that sense it is in a liminal state. The parallel stage among humans would be the teenage years - which are neither child nor adult - liminal like the "nymph" stage. In the story Lolita is a prepubescent girl of 12, which would place her just prior to entering this liminal stage as a caterpillar. But it is as she is reaching maturity that Lolita dies while giving birth to a stillborn child, she was just 17 at the time - not yet an adult, not yet a butterfly. 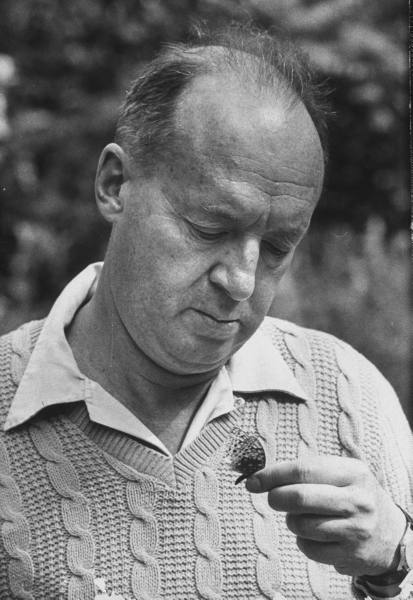 However, we must not be rash and conclude from this that Vladimir Nabokov was simply no defender of paedophilia. Humbert Humbert is not the last "nympholept", nor was Lolita the last "nymphet", spawned by the dark-side of Nabokov's imagination. Similar tales of sexual deviancy appear as early as 1939 in Nabokov's work, beginning with The Enchanter and ending with Laura which he never finished and was published posthumously against his wishes. In total there are about six novels in which young girls are lusted after by mature men. As Martin Amis noted, about two or three of these novels are masterpieces but the content is nevertheless unsettling. It would appear that "nympholepsy" is part of the decor of themes and motifs - along with butterflies, chess, Freud-bashing, mirrors; doubles and dopplegangers - that are recurrent in Nabokov's works.

The Enchanter is similar to the first half of Lolita in that the protagonist infiltrates the household of his prey by marrying the girl's mother, after the mother is out of the picture (e.g. killed off), the "enchanter" despoils the prepubescent daughter. Though the differences are more important, and perhaps more revealing, than the similarities between the two books. The "enchanter" has a single voyeuristic "moment" with his nymphet, whereas Humbert Humbert has sex regularly with Lolita for about 2 years. The Enchanter is less subtle and crude than Lolita in terms of writing, in the former Nabokov writes at one point "he began passing his magic wand above her body". And yet it is Lolita in which Nabokov judges Humbert Humbert, tacitly holding him responsible for the trajectory of Lolita's life - from her defiled childhood to her premature death, a life stolen by Humbert.

Interestingly, The Enchanter was published by Dmitri Nabokov in 1987, whereas Lolita was published in 1955 when Nabokov was still alive, even though it was The Enchanter which was written first in 1939. This might lead us to conclude that Vladimir Nabokov was worried about the release of The Enchanter, nothing particularly new there as Nabokov contemplated burning Lolita on several occasions and wanted The Original of Laura to be destroyed upon his death. But it was not until Nabokov's later years that he underwent a literary meltdown, beginning with Ada in 1970. As Amis puts it "When a writer comes off the rails, you expect skidmarks and broken glass; with Nabokov, naturally, the eruption is on the scale of a nuclear accident." It is in Ada that Nabokov creates a world which Humbert would have adored - where nothing matters and everything is permitted.

On it goes in Transparent Things (1972) and Look at the Harlequins! (1974), in the latter a Vadim Vadimovich marries a girl 43 years his junior. In Transparent Things an impotent misfit named Hugh Person visiting Switzerland, courting Armande and tending to Mr R an aging eccentric author and a paedophile. Person looks at a picture of Armande when she was 10, arousing and haunting him in dreams from then on, he later strangles Armande in his sleep and dies in a fire at the hotel. The sexual depravity recurrent in some of Nabokov's many novels may place such works further to the transgressive fiction of William Burroughs and the Marquis de Sade. Though we might conclude Nabokov's writing on such a rancid transgression is really down to an obsession with the internal chaos of man. But I think that might still be too generous, even for an author of Nabokov's magnitude.
Written by J.T. White


All private editorial communications, without exception, are read by both co-editors.